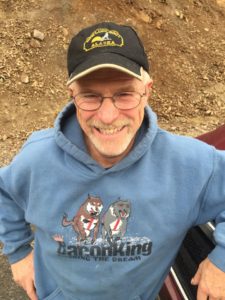 We are proud to have Jeff King, THE KING, aboard for yet another racing season! Howling Dog Alaska has been one of Jeff’s main sponsors for many years now. Jeff, a four time Iditarod Sled Dog Race Champion and a world class musher, is known for his creativity and willingness to experiment. He has started many trends in mushing – beginning with the use of short harnesses and running without necklines to redesigning the long distance dog sled and much more. Howling Dog is very proud of the long relationship we have had with Jeff. Follow and cheer for Jeff during the 2017 Iditarod Sled Dog race! Visit his kennel located just outside of Denali National Park in the summer.

Jeff’s harness of choice is our Hybrid Light Weight Harness. 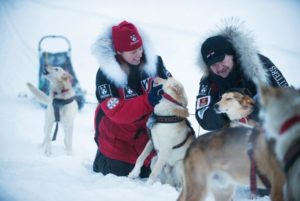 Here they are! The famous wife & husband duo, the owners of SP Kennel in Two Rivers, Alaska, dedicated to the individual dog through excellent health, nutrition, training and care. Aliy races the Red Team and Allen races the Black Team. The goals and strategies for each team vary from race to race, so their dogs may run on either team at any time. Every winter Aliy and Allen compete in many mid and long distance events but their focus is one: The Copper Basin 300, the Yukon Quest International Sled Dog Race and the Iditarod  Sled Dog Race. Aliy and Allen are both Yukon Quest Champions. Allen has won the Copper Basin 300 six times and Aliy has placed in the top five in the Iditarod for the last five years (placing second three consecutive years: 2012, 2013 and 2014). Howling Dog is thrilled to have Aliy and Allen aboard for another season, as they both strive to be good-will ambassadors for the sport of sled dog racing, balancing winning performance with exceptional sportsmanship, community outreach and advocacy for the amazing Alaska husky.

The SP Kennel’s harness of choice has been our Distance Harness for many years now. 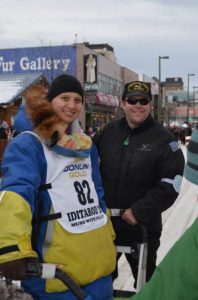 Melissa and Jason, the owners of the Owl Creek Kennel in Knik, Alaska, are both really excited for the upcoming season. Melissa is signed up for the Quest 300, and she is also planning on competing in the 2017 Iditarod Sled Dog Race. Jason will be running the Knik 200, Copper Basin 300 and most likely the Willow 300. They are also looking at having teams in a couple other races, so it will be a busy race season for them. Here at Howling Dog we have a special “soft spot” for Melissa and Jason, as the lineage of the majority of their dogs goes back to dogs bred in our Howling Dog Kennel.

The harness of choice for Melissa’s and Jason’s dogs is our Tough Skin Harness ULTRA. 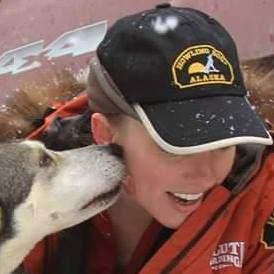 Amanda was introduced to the sport of mushing in 2003, and after a few years of learning the basics from a recreational dog sledding club, she began building a kennel that would allow her to race professionally. Today, Amanda is the owner and operator of Snomad Racing. She was awarded Rookie of the Year, earned a 4th place finish, and passed an Iditarod qualifying race. All while competing in her first nearly 400 mile, 2013 John Beargrease Marathon. Starting this year, Snomad racing will be offering sled dog rides during their fall training season in the comforts of a fully enclosed and heated 5 seat side by side! Amanda also travels for exhibitions and speaking engagements, works on TV, film, and modeling projects, and puts winter and mushing products to extreme tests for sponsors committed to making the toughest gear and equipment on the market. When Amanda is not training and racing, she is found volunteering for the Kabetogama Fire Department, raising pups, exploring woods and waters, and laughing with good friends.

If you would like to meet Amanda’s dogs or to learn more about the training of canine athletes, visit Snomad Racing website.

Amanda’s harness of choice is our Distance Harness. 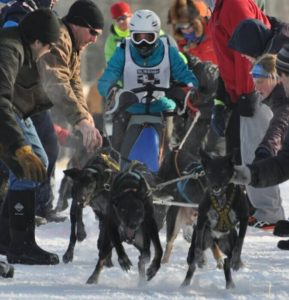 The harness of choice for Team Dagenais is our Light Weight Harness. 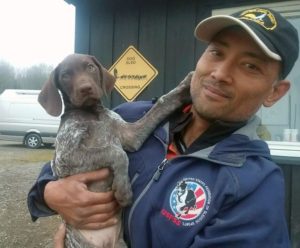 Rich is a seasoned athlete and has many victories under his belt. These include: Dryland Scooter 2 dog Class – North America 1st place, Dryland Bikejoring Men – North America 1st place, Skijoring Men 2 dog – North America 1st place and Dryland Scooter 2 dog class – World 1st place. Rich traveled to Europe to race on a couple of occasions (Germany & Norway). He will represent the US again this winter in skijor classes during the 2017 IFSS World Championship in Bristol, Canada.  Rich has a new addition to his team – a greyster Guinness, whom he imported from Norway.  Rich is planning on having a busy and big year for 2017 and he is looking forward to possibly representing the US again at the 2017 Dryland World Championship in Poland.

Within the last couple of years Rich has introduced many new people to the sport of mushing through Windy City Mushers.

The harness of choice for Rich’s canine athletes is our Second Skin Harness. 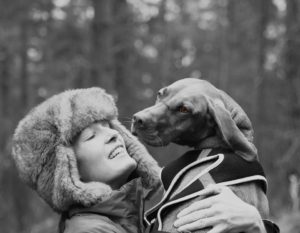 We are happy to welcome the newest member of Team Howling Dog! Ali is the co-founder of Cani-Sports Edinburgh, Scotland’s first canicross club. She has developed the club and chaired it to where it is today, standing down as chair this year to focus on her own quests. She has directed a number of sell out canicross races and competed in canicross throughout Scotland for the past few years always securing a podium place with her rescue German Shorthair Pointer Zac. However, short canicross races are not her forte, she prefers hitting the trails, training for ultra-marathons with her Vizsla; Jasper who can easily run 40 miles with her – the perfect trail dog. Jasper and Zac are Ali’s Hairy Kidz and are her world. During the 2016/2017 season Ali is looking forwards to competing in the Cani-Sports Edinburgh canicross race at Foxlake, a race she set up and directed for the last few years, a course she designed and loves. She is excited to experience the race from the other side. She is also looking forward to a number of Cani-Sports Scotland and Cani-Fit races. The canicross scene in Scotland is buzzing.  Ali herself has a 38 mile hill race coming up – sadly this is dog-less. Ali is looking forwards to showcasing our Howling Dog Alaska equipment in the canicross and trail running communities on the other side of the pond. Welcome aboard, Ali!

Ali’s harness of choice is our Second Skin Harness.

Cookies
To make this site work properly, we sometimes place small data files called cookies on your device. Most big websites do this too.
Accept